http://www.uscis.gov/sites/default/files/USCIS/Outreach/Draft%20Memorandum%20for%20Comment/PED-Draft_Same_or_Similar_Policy_Memorandum_-_11.20.15.pdf
Posted by JQK Law at 3:13 PM No comments:

The Form I-526 processing time has increase this month, but Form I-829 (petition by entrepreneur to remove conditions has decrease, as did Regional Center Form I-924.

On November 18, 2015, the legacy Volume 9 of the Foreign Affairs Manual (9 FAM) will be replaced by the 9 FAM-e. As of this date the 9 FAM-e will become the authoritative source for visa guidance.
The new 9 FAM-e represents the revision and reorganization of more than 4,000 pages of the legacy 9 FAM content that traditionally paralleled Volume 22 of the Code of Federal Regulations. While the new 9 FAM-e overhauls language and organization, it does not alter substance. Guidance is not changed, but rather presented in an improved way. The former interpretive and procedural notes, along with appendices were merged. The new 9 FAM-e adopts a hierarchical structure that is both more logical and better suited to modern search technologies. The revised 9 FAM-e uses a new citation system that is similar to the citation system used in other volumes of the Foreign Affairs Manual and Foreign Affairs Handboook. The Department also developed crosswalk tables correlating old citations with new, so that users can match new sections with former locations in the legacy FAM and vice versa.
Posted by JQK Law at 4:45 PM No comments:

USCIS and the Department of Homeland Security (DHS), in consultation with the Department of State, have added Andorra, Belgium, Brunei, Colombia, Finland, France, Germany, Greece, Lichtenstein, Luxembourg, Malta, Monaco, San Marino, Singapore, Taiwan**, and Timor-Leste to the list of countries whose nationals are eligible to participate in the H-2A and H-2B Visa programs for the coming year. The notice listing the eligible countries published on Nov. 18, 2015 in theFederal Register. DHS reserves the right to add countries to the eligible countries list at any time, and to remove any country at any time DHS determines that a country fails to meet the requirements for continued designation.

Secretary of Homeland Security Johnson and Secretary of State Kerry have agreed that Moldova will no longer be designated as an eligible country to participate in the H-2B program because Moldova is not meeting the standards in the regulation for the H-2B program participation. Nationals of Moldova may still participate in the H-2A program because Moldova continues to meet the standards in the regulation for H-2A program participation.
The H-2A and H-2B Visa programs allow U.S. employers to bring foreign nationals to the United States to fill temporary agricultural and nonagricultural jobs, respectively. Typically, USCIS only approves H-2A and H-2B petitions for nationals of countries the Secretary of Homeland Security has designated as eligible to participate in the programs. USCIS, however, may approve H-2A and H-2B petitions for nationals of countries not on the list if it is determined to be in the interest of the United States.

Effective Jan. 18, 2016, nationals of the following countries are eligible to participate in the H-2A and H-2B Visa programs:
*Moldova is designated to participate in the H-2A program, but it is not eligible to participate in the H-2B program.
** With respect to all references to “country” or “countries” in this document, it should be noted that the Taiwan Relations Act of 1979, Pub. L. No. 96-8, Section 4(b)(1), provides that “[w]henever the laws of the United States refer or relate to foreign countries, nations, states, governments, or similar entities, such terms shall include and such laws shall apply with respect to Taiwan.” 22 U.S.C. § 3303(b)(1). Accordingly, all references to “country” or “countries” in the regulations governing whether nationals of a country are eligible for H-2 program participation, 8 CFR 214.2(h)(5)(i)(F)(1)(i) and 8 CFR 214.2(h)(6)(i)(E)(1), are read to include Taiwan. This is consistent with the United States’ one-China policy, under which the United States has maintained unofficial relations with Taiwan since 1979.
This notice does not affect the status of beneficiaries who currently are in the United States in H-2A or H-2B status unless they apply to change or extend their status. Each country’s designation is valid for one year from Jan. 18, 2016.
For more information on USCIS and its programs please visit www.uscis.gov.

http://travel.state.gov/content/visas/en/law-and-policy/bulletin/2016/visa-bulletin-for-december-2015.html
Posted by JQK Law at 1:08 PM No comments:

Just crossed off another dream on my bucket list! 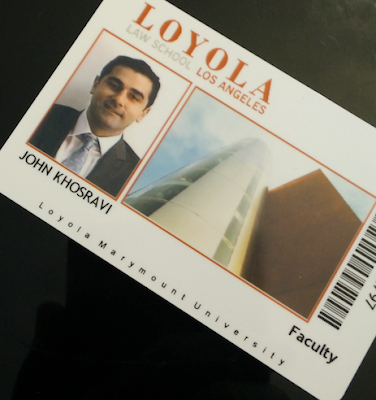 Teaching Immigration Law at Loyola Law School #Professor
Posted by JQK Law at 7:09 AM No comments:

Review the changes here: http://www.uscis.gov/sites/default/files/USCIS/Laws/Memoranda/2015/2015-1104_Initial_Field_Review_PM_APPROVED.pdf
Posted by JQK Law at 8:12 AM No comments:

A federal appeals court on Monday agreed to keep on hold President Barack Obama's executive order on immigration -- nearly a year after he announced it as a backstop measure to Congress' failure to enact comprehensive immigration reform.
The divided, 124-page ruling deals a blow to the administration's Deferred Action for Parental Accountability program, known as DAPA, and there may be just enough time for a formal appeal to the Supreme Court to be resolved ahead of the 2016 election.
In ruling against the government, the U.S. Court of Appeals for the 5th Circuit largely agreed with a lower court judge, who in February issued a “nationwide injunction” that effectively stopped DAPA from taking effect, and concurred that Texas and other states that sued the president over the program had legal “standing” to challenge its constitutionality in federal court.
Read more at Huffington Post
Posted by JQK Law at 2:51 PM No comments:

Approved EB-5 regional centers must submit a Form I-924A, Supplement to Form I-924 annually to demonstrate continued eligibility for the regional center designation – namely, that they continue to promote economic growth, improved regional productivity, job creation or increased domestic capital investment in the approved geographic area. See 8 CFR 204.6(m)(6).
The form must be filed for each fiscal year (October 1 through September 30) within 90 days after the end of the fiscal year (on or before December 29).
To learn more about this requirement, visit the USCIS I-924A Web page: http://www.uscis.gov/i-924a

Email ThisBlogThis!Share to TwitterShare to FacebookShare to Pinterest
Labels: adjustment of Status, I-485, update, USCIS